In this article we will explore the intersection of sexual health, relationships, premature ejaculation (PE), and Zoloft (Sertraline). Patients often ask if Zoloft be used to treat PE, and we explore this question in-depth in the article below. If you are looking for a straightforward answer about Zoloft to treat PE, please scroll down to the bottom of this article.

Zoloft is a medication that is part of the selective serotonin reuptake inhibitor class of medications, also referred to as SSRI’s. Other commonly known SSRI’s include Lexapro, Prozac, Celexa and Paxil. This class of medication is considered a first-line treatment for anxiety and depression, two of the most common mental health diagnoses.

SSRI’s, like Zoloft, are among the most commonly prescribed medications and are generally considered safe for long term use with minimal side effects when compared to the alternatives. Each prescriber may have preferences about which medication to utilize. 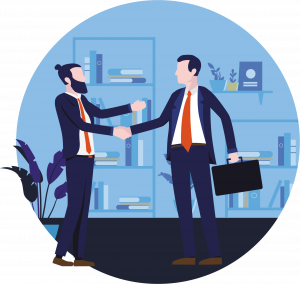 These selections and dosages can be complex and it is strongly advised to follow prescriber instructions and to consult a doctor before making any changes. With so many people using these medications it is imperative to understand what they are for and what some of the potential sides effects can be.

Depression is an emotional state that is characterized as state of sadness and morose that makes engaging in a completing life tasks challenging.

Symptoms of depression include feelings of emptiness or sadness, lack of energy and fatigue, anhedonia or the lost of interest in previously enjoyable activities, changes in sleep and appetite, problems with concentration, irritability, feelings of worthlessness and thoughts of self harm and suicide.

Depression is part of the human condition and many people will experience one or some of these symptoms at times. For some people these symptoms will resolve after a short period of time or when the causes of depression have passed or resolved.

For others, depression symptoms will persist, leading to the aforementioned interference into normal, daily function. When depressive symptoms persist SSRI’s are commonly prescribed to alleviate feelings of depression. 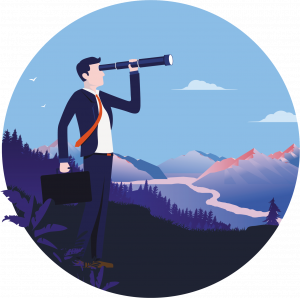 Anxiety is another common human experience that is characterized as worry and ruminating thinking. Symptoms include difficulty with concentration, sleep disturbances, inability to control worrying thoughts, an impending sense of doom, increased heart rate, sweaty palms and shortness of breath among others.

Everyone experiences moments of anxiety, hallmarked by worrying thoughts and concerns. Anxiety is meant to spike in response to specific situations and then returns to a healthy, balanced baseline when the issue has passed. When anxiety continues at elevated levels for an extended period of time, people may need to seek therapy or medications, including SSRI’s.

The first SSRI was approved by the FDA in 1987. The SSRI class of medications quickly replaced the monoamine oxidase inhibitors (MOI) and tricyclic antidepressants which both carried significant side effects and required more supervision and monitoring.

SSRI’s proved to be effective with minimal side effects, leading to the proliferation and rapid adoption of these medications as a first line treatment for anxiety and depression.

While some controversies and questions have been raised about these medications, SSRI’s help millions of people around the world with symptom management for otherwise debilitating mental health challenges.

Serotonin plays in important role in some keys functions of the brain and body, most notably the role they play in mood. Higher serotonin levels are associated with more stable, less depressive and anxious moods while lower levels are seen as a contributing factor in depression and anxiety.

SSRI’s, like Zoloft, aim to increase levels of serotonin in the brain by preventing the absorption of free serotonin, raising the overall levels.

The CNS and PNS have similar neurotransmitters and it is difficult to address neurotransmitters in one without impacting or changing them in the other. This creates side effects of medications that are often unwanted. With SSRI’s, the primary goal is address CNS symptoms of mood and can have some unwanted side effects in the PNS.

Side Effects of SSRI’s 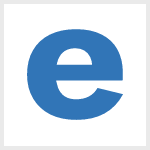 Side effects of SSRI’s are generally mild relative to other psychoactive medications for depression and anxiety. Symptoms are unique to each person and can be wide ranging.

Symptoms of SSRI’s can include headaches, nausea, dizziness, dry mouth, sleep disturbances or changes, appetite changes, weight loss or gain and sexual desire and function changes. There are some symptoms that can be experienced in unwanted changes in mood including irritability, restlessness and nervousness.

Impact of SSRI on Ejaculation

SSRI’s can impact several areas of sexual function. For men, SSRI’s can cause low libido, erectile dysfunction and ejaculatory issues. The most common issues that men face are low libido that can lead to erection issues and increased in ejaculatory latency time which is the time it takes to ejaculate after the start of sexual activity.

There are multiple definitions for PE and the range that is used is ejaculation in under 1-3 minutes of the start of sexual activity. Because distress is an important factor in diagnosing PE, it can be considered a relationship-based condition and the impact on and reaction of the partner are often a contributing factor.

Some partners do not care, others prefer a more rapid ejaculation while others find it frustrating and hurtful.

It is estimated that 30% of men will experience PE over their lifespan, with the majority of them experiencing PE at younger ages. As men learn ejaculatory control and become more comfortable with partnered sexual activity many of them are able to extend ejaculatory latency to a satisfactory point or have learned to adjust their sexual activity to this reality.

For other men, a satisfactory solution remains elusive and more effective solutions are sought.

Unlike erectile dysfunction, premature ejaculation has limited treatment options. For many years, PE was addressed with sex therapy techniques designed to help men learn ejaculatory control and to help men and their partners address anxiety and communication issues that could have contributed to the condition. In recent decades, a number of numbing agents designed to decrease sensitivity to penis, have become available.

These creams and sprays can be effective but tend to have a negative impact on sexual pleasure. There are a number of other treatments in various stages of development but have not been proven to be safe and effective at the time of this writing.

Can Zoloft be used to treat PE?

There are multiple studies that indicate an efficacy at extending ejaculatory latency time and this may be a solution for some men. Because these medications are complex and can have broad impact each person’s situation needs to be assessed carefully with a prescriber.

To start your in-depth approach to resolving the psychological issues that come with premature ejaculation or ED, try our online learning course called BEYOND THE LITTLE BLUE PILL, The Thinking Man’s Guide to Understanding and Addressing ED.

Ready to talk to an expert? Erection IQ founder Mark Goldberg helps men resolve erectile dysfunction and premature ejaculation. He is a certified sex therapists and offers individual, one-on-one services to men throughout the world through a secure, telehealth platform. It’s 100% confidential. You can visit the Center for Intimacy, Connection and Change website to schedule a free consult with Mark.

Find all of our Erectile Dysfunction Radio Podcast episodes categorized by topic here, or find and subscribe to us for free on Apple Podcast/iTunes, Spotify and YouTube.